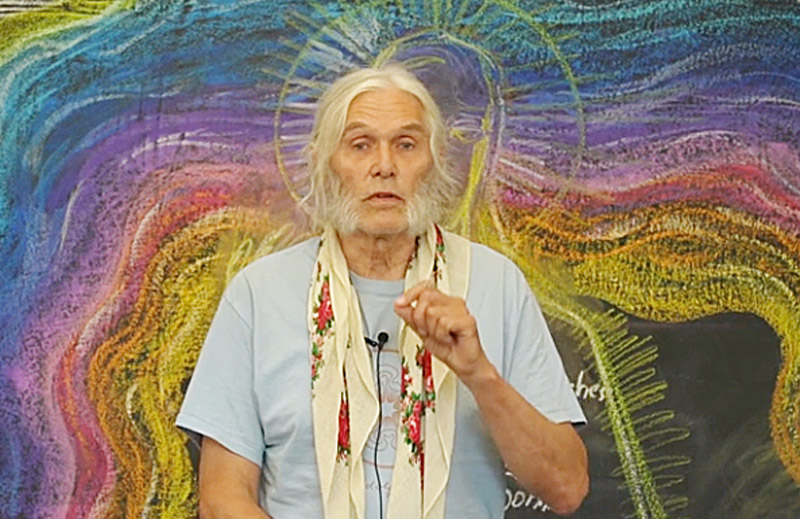 Are Thoresen’s talk on July 27th at RSCC was a major event, with some 100 or so people on hand to hear him share the results of his spiritual research. Are did not disappoint and, in spite of being tired from his flight from Norway, was willing to keep answering questions well past the point at which Grant tried to wrap up the proceedings.

Although Are has been to North America before, this was his first talk at RSCC. If you have been following Mystech conferences over the past two years you would have heard Are’s lectures there, and of course he has published many books about his researches into the elemental world, especially with regard to healing. Are has worked as a veterinarian in his native Norway, and also uses acupuncture in his practice. We recorded Are’s talk and the video is now available for viewing. However, due to a battery dying part way through, there are about 11 minutes missing from the video, starting about the 30 minute mark. So the following is an attempt to reconstruct from handwritten notes, at least part of what Are said during those 11 minutes.

With the Luciferic elementals, the diseases they bring about are related to fevers. With Ahrimanic elemental beings it is the sclerotic tendency, heart problems and such. But with the Azuric beings, which we are starting to see more and more since 2019, they are related to the blood, diseases of the blood.

Azuric beings encourage the separation of people in groups. Azuric beings help people to hold strongly to their own beliefs. There was a professor who specialized in murder, in devising ways to kill mink with car batteries. His whole life he worked with murder and killing. Murder and perverse sexuality are related to Azuric beings.

I spent some time with a doctor in Norway and stayed in his guest room. I was surprised to find that the closet in that guest room was filled with a thousand magazines about killing and raping women. This has to do with Azuric beings.

Then I knew someone who claimed there was no virus, and that hitmen were trying to kill him, shooting him from the street. The hitmen missed. But he found no bullet holes in the wall of the house. Was this a hallucination, an example of everyone becoming “clairvoyant” in their own way?

More important than at any other time, Christ is the antidote for these Azuric forces. I had long Covid and while meditating I encountered this huge guardian of the threshold. I said who are you. He told me he was Vidar.

Click image or link below to go to the video:

The book Are mentions in his talk is “Travels on the Northern Path of Initiation” which explores some of these themes in more detail. Are said that he has a followup book coming out soon (in August he said) from Temple Lodge. Linda from the Paper Pipit bookstore was on hand for the evening of Are’s talk with a table full of books. That night she sold out of all of her stock of Are’s books, but she expects to have more in a couple of weeks.

Dates and locations for the rest of Are Thoresen’s North American tour.